Book a room
Book a table

John and Julia Hoskins bought the Old Bridge Hotel in 1994. In their time every bedroom and most public areas have been refurbished; the Riverside Rooms and Garden were created for business meetings and patios; the car park has been, in part, returned to its former role as a garden for guests to enjoy; and finally the on-site Wine Shop was introduced.

In the age of the Telegram the Old Bridge Hotel’s enterprising owner advertised it using the username Welcome.

The hotel is centred on the former of the Veasey Family and was then called Bridge House. The Veasey (or Vesey) Family of Huntingdon and Godmanchester is well known to local historians. All branches served as Mayors and Bailiffs in both towns. Their family fortune was built on corn and milling and by expanding into general building supplies it soon became one the wealthiest in the Boroughs.

Sometime between 1826 and 1835 they bought the Town Wharfs and set up their building supplies and coal merchant business. This must have been profitable as the following tolls were charged on all non-residents:

In addition the wharfs were the only place used to unload building materials and stone and the amount coming in could be enormous.

The hotel itself stands on the site of ‘Coxlands’ a building mentioned in the 1572 Survey of Huntingdon. This was pulled down and a fine mansion built in its place sometime in the 17th century. Next to it the Veasey’s put in their offices. Behind it were large warehouses. At some time they built a second house pulling down two small cottages which had stood on the bridge-foot for some two hundred years and, it is thought, an Inn called ‘The Windmill.’

In 1804 the Huntingdon Bank of (Alderman John) Perkins and Son collapsed and, to fill the financial gap, George Rust approached the Veasey family and Attorney Henry Sweeting to form the Huntingdon Town and County Bank,

It is almost certain that the new partnership took over Perkins former bank premises on the corner of High Street and Market Hill not far from Pasheller’s Bank. In 1896 the bank amalgamated with many other private banks to form Barclays.

The Veasey Family wisely split their family interests and David became the banker, living grandly in Castle Hill House, while Charles continued to live in what was still called Bridge House (now the hotel).

Although bulk river trade died with the advent of the railways Charles Veasey continued to prosper as merchant, chandler and supplier of building supplies until his death in 1893. He had even expanded his interests by opening a wines and spirits business from his premises.

At this time he must have added the imposing entrance hall which then connected his house with the offices and gave him an imposing garden room.

In 1884, he moved out to ‘Riverview House’, 1 High Street, and the house was briefly a girls’ seminary run by the Misses Smythe. Bridge House was then bought by William Bryant in 1893 who moved in his Cowper House School but within two years he had sold up and Alderman Mr Bateman Brown, took it as his retirement home in 1895.

In 1912, the Fountain Hotel was closed and left Huntingdon with only the George to serve the town’s visitors.  It was fortuitous that Bridge House came up for sale following the death of Mrs Bateman Brown in 1913 and it was quickly converted into a hotel.

However, war intervened and it was not until the 12th December 1919 that it was fully opened as a commercial venture by a decorated and well known former infantry officer Capt. H C Roberts.

Francis Day Veasey who had taken over his father’s business continued to live in ‘Riverview House’ until about 1911 when he opted for the more comfortable and, probably less damp, Park Villas on the Brampton Rd. By the time he died in 1923 Captain Roberts and his partners had begun to incorporate the warehouses and ‘Riverview’ into the hotel.

In the mid 1930’s the hotel was bought by the Price Brothers who owned the New Victoria Hotel in Birmingham. Archibald Frederick Price was resident here for much of the war. And it was here that Robert John Lindsell JP, Brewer of St Ives came to live in 1928. He died in his suite in 1939.

No-one is sure when the name of Bridge House (a name now taken by an office building opposite) was changed to be The Old Bridge. 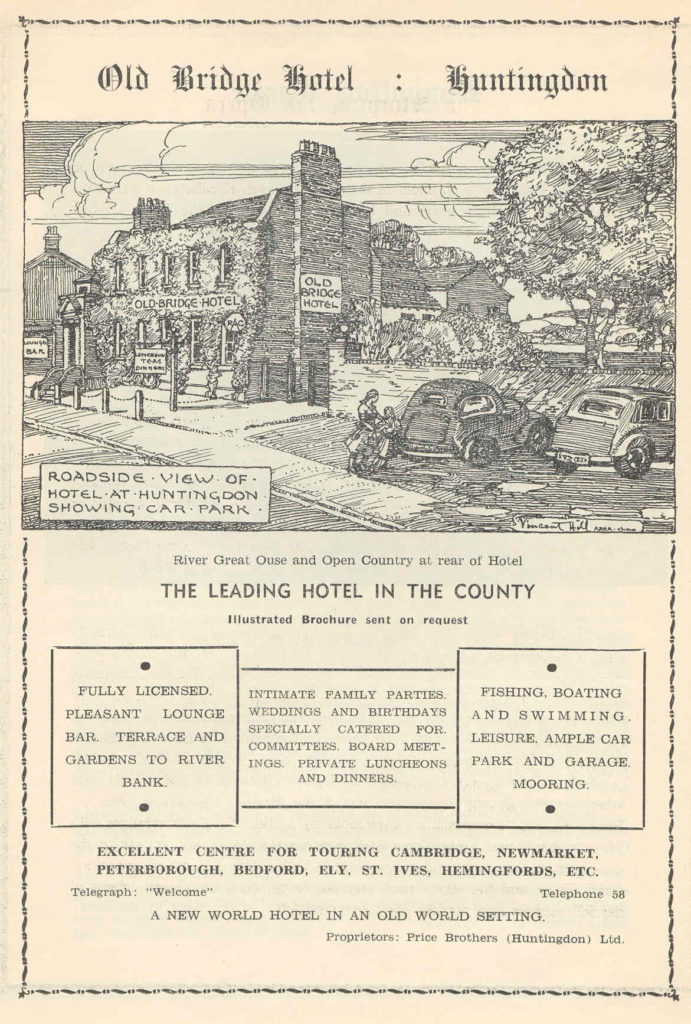 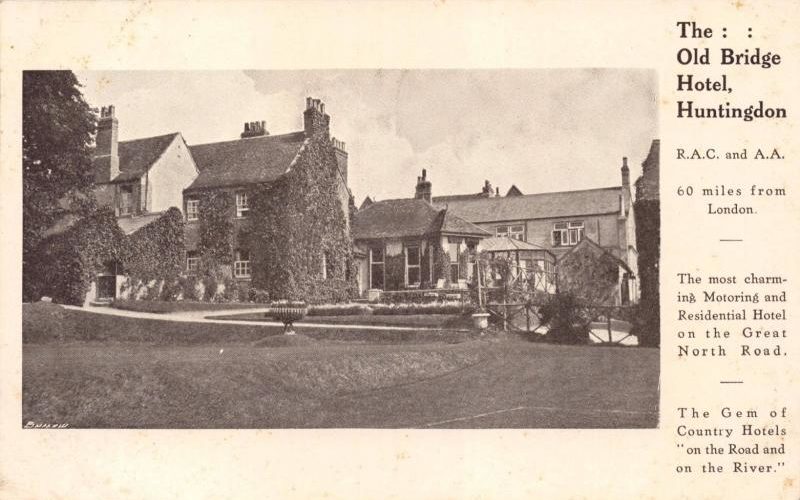 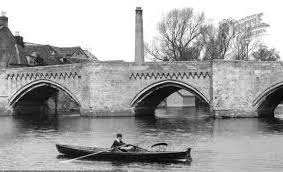 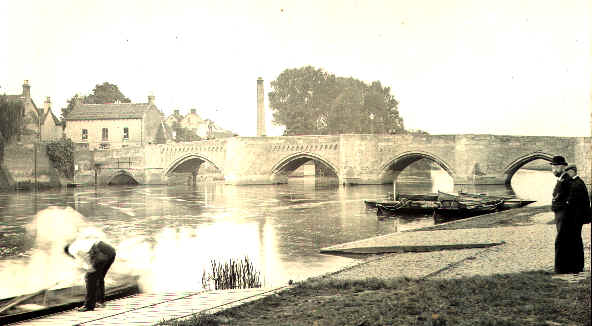 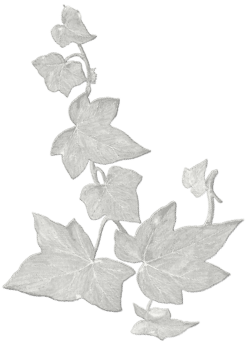 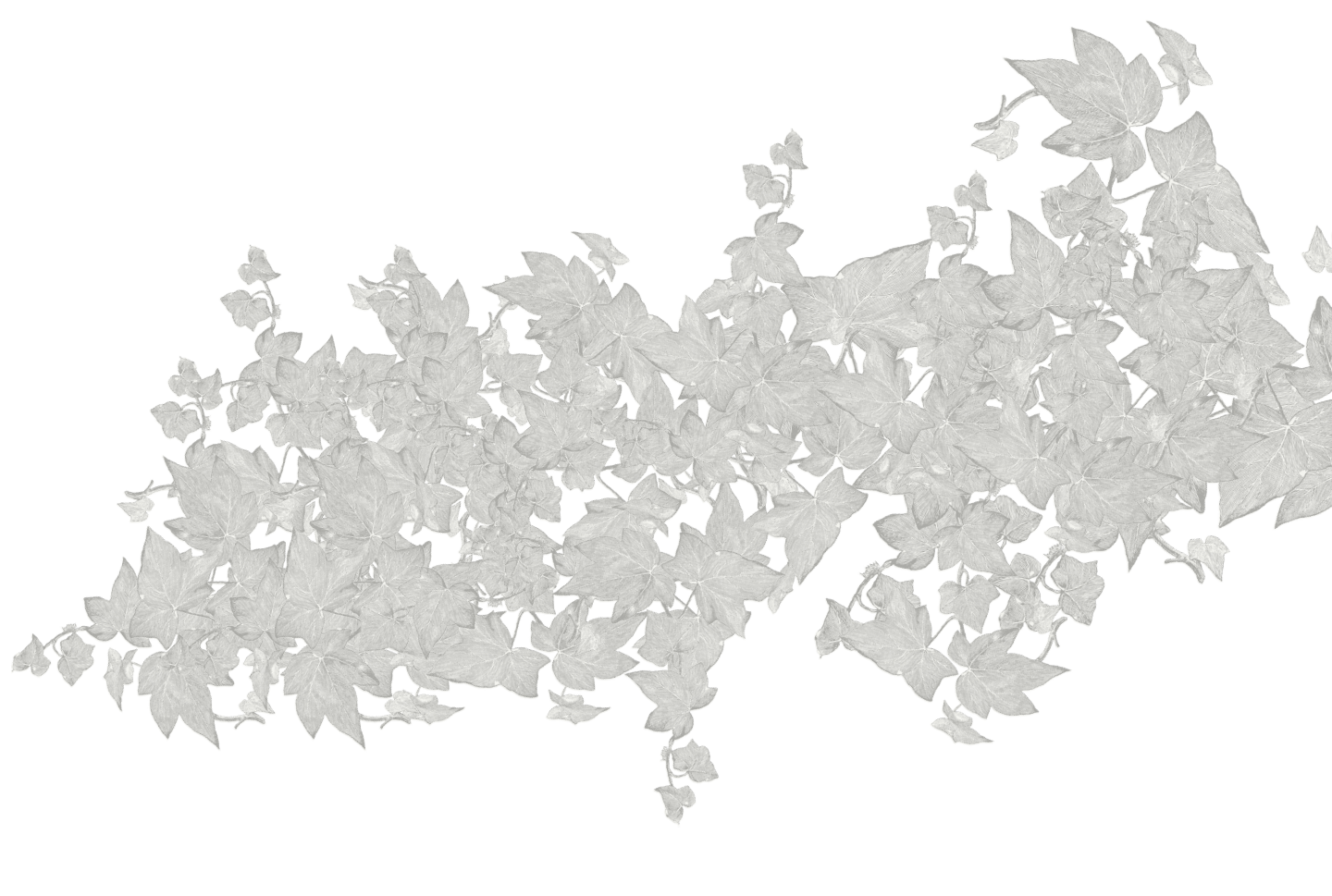